Hosted by the Chinese Musicians’ Association and the Yichang Municipal People’s Government, the Yangtze River Piano Music Festival is undertaken by the Parsons Music Corporation to promote music culture. This event held annually since 2011, it has been held successfully for seven consecutive years.

With the slogan "music makes life better" and upholding the philosophy of "music benefits the people", the Yangtze River Piano Music Festival is a event to fuse the academic and artistic atmospheres and to "make the art for the gentry as down-to-earth as possible". During the festival, a variety of large-scale music events are held including classical concerts, square concerts, music lectures, master classes for pianists, high-end forums for music professionals, and the appreciation of artists and pianos in the hope to meet the various cultural needs of music professionals and ordinary people.

Since the Yangtze River Piano Music Festival was held, hundreds of Chinese and foreign musicians have been perform and attending in the event. It benefited millions of people which facilitates the music culture in Yichang and promoting the communication and development of piano performance in China

The Yangtze River Piano Music Festival is an important measure by which the Chinese Musicians’ Association, the Hubei Province and the Yichang City can hold high the flag of “socialism with Chinese characteristics”, focus on the Chinese dream of realizing the great rejuvenation of the Chinese nation, and create new glory in Chinese culture. It is also an important opportunity for the Parsons Music Corporation to make contributions in “popularizing music culture and nurturing music talents” and promoting the Chinese musical instrument industry to a better and faster development.

As the world's first piano brand named in Chinese characters, the “Yangtze River Piano" is the only piano used in all the music festivals and events held in China. The brand has won high praise from many domestic and foreign piano instructors and performers, making the glorious sounds of Chinese pianos heard at the top of the world. 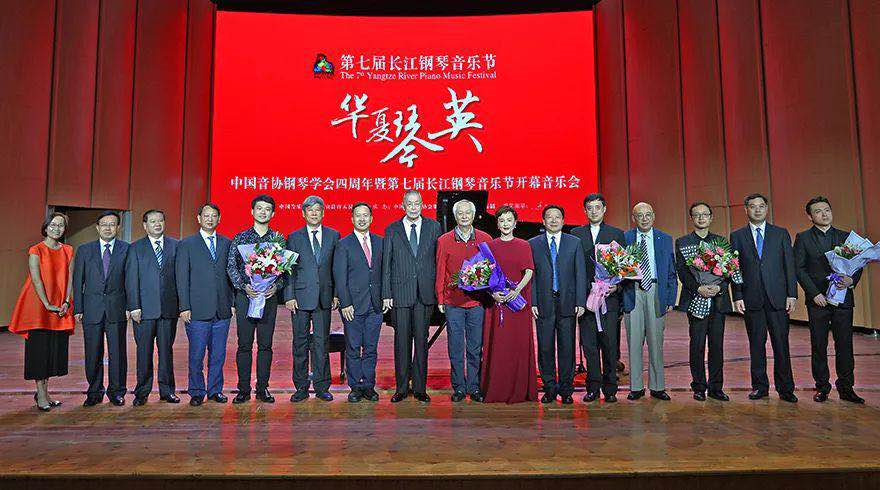